The house was built in 1824. If you have an eye for detail a stone can be found in a little yard at the side of the building with that precise year imprinted on it.

Previous Owners.
The house has a varied history, among some of the previous owners we find such names as: Dawson, Major James Bannanpine Blair, William Studart, a land steward of the Dawson estate, a retired R.I.C officer by the name of Carolan and then finally before the Priests purchased it was Robert Pogue.
The presence of the safe in the front room endorses the fact that this building served as residence for the land steward of nearby Dartrey estate, to whom the locals paid rent.

Congregation of the Sacred Hearts (1948-1969).
It was in 1948 that the first pioneers of the American Province established the Congregation in Cootehill. Cootehill became a symbol of the congregation internationally. Fr. Phil Clancy was the ‘founding father’ of the seminary. The Novitiate opened its doors to the first novices in 1951. During these years Tanagh house saw many changes and underwent many extensions and renovations and it even saw a new chapel being built in 1962. However in 1969 the students moved to Maynooth College for their training. Up until December 2010 the Sacred Hearts were the current leaseholders of Tanagh. December 2010 seen County Monaghan VEC purchase Tanagh.

The Army
This move to Maynooth coincided with the beginning of the troubles in Northern Ireland. The Irish army required additional accommodation, with its increased patrolling of the border area. With some adjustment, the recently vacated facilities at Tanagh provided a ready-made barracks. Thus began the Congregation’s long relationship with the army.

Tanagh Outdoor Education Centre
The centre was established in 1992 and is operated by County Monaghan VEC. It rented a large part of the property from the local religious order for many years. December 2010 seen County Monaghan VEC purchased the place.
The centre is located in idyllic surroundings which is conductive to many of its activities. It offers a wide range of activities ranging from Kayaking, Canoeing, Banana Boating, Night Hikes, Orienteering, Climbing Wall, Archery, Low Ropes, Camping and much more. These activities are designed to promote all aspects of team dynamics including leadership, communication, planning and motivation.

The Purchase of Tanagh Outdoor Education Centre marks historic milestone for County Monaghan VEC
Another major milestone for Monaghan Vocational Education Committee and its Tanagh Outdoor Education Centre project was reached on Monday last 13th December 2010 when it was announced that contracts for the purchase of the 20 acre site at Tanagh had been finalised with the Sacred Hearts Order.
To mark the occasion, Monday's VEC meeting was appropriately held in Tanagh House. The OEC has been operating at the Tanagh site since the early 1990's, and the decision to acquire the property in the VEC's own right will be seen as a logical progression, and one which will pave the way for further developments and innovations at the centre.
It is in fact a signal of a new beginning, and Mr O'Brien CEO predicted, one that would allow the VEC to put additional investments into the OEC, investment that would see the buildings and the land improved. The future is bright at the Outdoor Education Centre with plans already in place for new and adventurous activities. 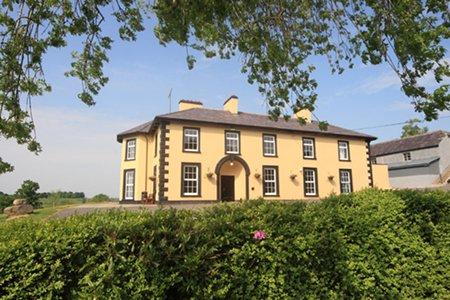 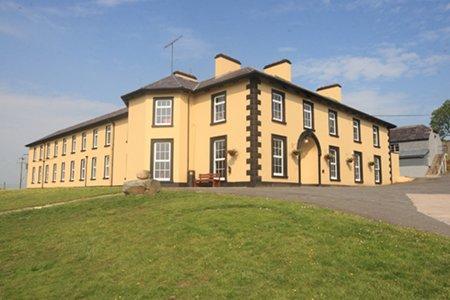 What we do
Free WiFi Provided
Info

Accept All Reject All Settings